“I hope you have an experience that alters the course of your life, because after Africa, nothing has ever been the same.” -Suzanne Evans

My heart is pounding as I sit down to write this.

It’s been just over three years since I returned home. There are still nights when I curl up in my bed, fold over in the shower, pull over on the street, and sob.

My trip in 2014 lasted only ten days, but I will carry every single one of those days in my heart forever. Upon returning, I quickly made plans to go back to Uganda for six months. For a multitude of reasons, I did not, and I believe that not returning was the right thing for that time. It was the right choice for me– I sometimes wonder if my heart still aches because I have not yet returned and that I am homesick, or if my heart aches because it knows I would have shattered if I had stayed for six months. 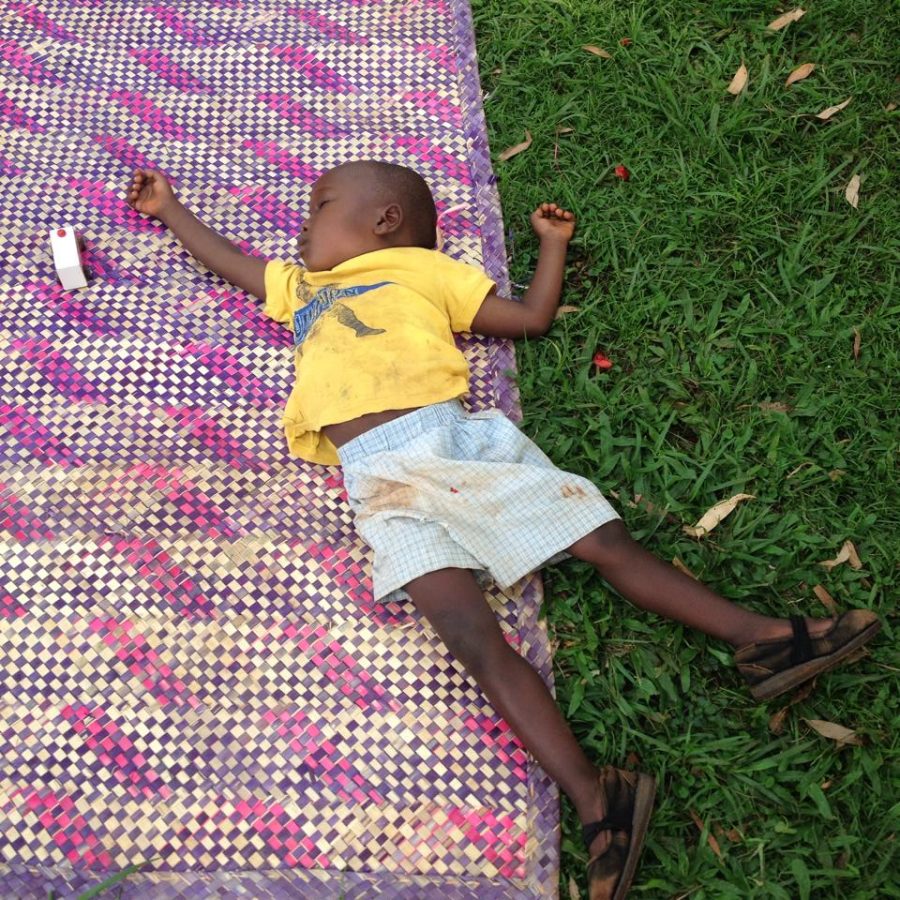 Right before I left on my trip, my then-new friend Alex wrote me a note. He quoted my favorite fictional character of all time, and I knew then he would be a forever friend:

“This is not my home. My home is across the sea where my people are waiting for me.”

I thought about this a lot while I was in Uganda. Of course, the United States is my home– I was born and raised here. And yet, something about Uganda tugged at me so deeply, so fully– it was all so new, but my soul felt at ease. And that was really something because the summer of 2014 was stupid emotional. It will suffice to say that I was broken.

On day one of my journey, I wrote “There’s a quote floating around online somewhere (so there’s no telling who actually said it) that says you should fall into bed every night with your hair messy, bones tired, and eyes bright. Guys, that day is today.” I can remember sitting at the big table at the guest house I stayed at, typing those words out.

I remember the first day I arrived, I hopped in a car with a bunch of girls I didn’t know and drove off to hang out with some people I didn’t know. When I think about it now, I can’t help but laugh and also want to puke; I catastrophize everything. “If I park in this parking garage and go too many stories up, it will take too long to get out and the ceiling will crash down on me and I’ll be crushed.” Or, “If I ride that elevator, it might get stuck, and I will panic so hard my heart will literally stop.” But get in a car with people I don’t know in a country I don’t know with no way of contacting the TWO people in the country I do know, and just… drive? No problemo.

It was from my seat in the back of the car (another sign that I was in shock– I never ride in the back. I get car sick.) that I saw Jinja in all of her ferocity. On our drive in, I saw the beauty; grass that was greener than you could ever dream, blue skies, dirt so red that it would stain your skin, but here in the city, I saw children sitting on mounds of garbage with containers of jet fuel between their skeleton legs. I saw cows on the road. I saw babies chasing chickens. I saw Mamas sitting amongst themselves, watching the clouds go by.

I remember waking up early– before the sun– with tiny little chocolate hands on my face. Went to the yard and watched the sun come up and had chocolate sandwiches for breakfast. I remember one boy staying in the guest house with us, screeching my name. “Auntie Jessica, Auntie Jessica, there is a bug!”

“Of course there are bugs. They’re everywhere.” (There are. You honest to goodness stop seeing them after a while because otherwise, you’d go mad.)

“This one!” He squealed. He took my hand (Ugandans love to hold hands. It is one of my favorite things), and we went into the family room.

And holy shit, this one. I was far too terrified to take a picture, but looking back, I really should have. I have no idea what it was, except that it was bigger than my hand and as blue as the University of Kentucky. I captured the beetle-alien with a bowl and a piece of paper and threw it into the yard, which resulted in my small friend bursting into tears.

“What’s wrong?” I asked, stooping to look him in the eye.

“Bear is going to eat him!” He wailed. Bear, a blonde dog no more than seven pounds, was more likely to be eaten by that bug, I am certain.

It is easy to talk about Augrey and the blue demon beetle because it was light. It was simple. It was terrifying, but it was simple.

What wasn’t simple, however, was not falling in love.