Louisville. It’s So Hot Right Now…As It Should Be. 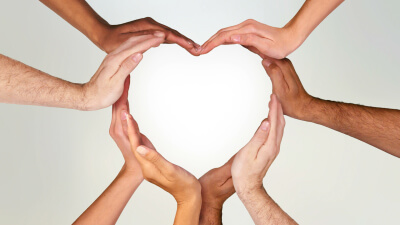 We embrace life, living in the moment, taking chances and risks that can lead to a big payout. It doesn’t get much more “in the moment” than the Derby itself, running under 2 minutes in conditions that are often less than optimal. And that’s like life. We’re all running and doing as much as we can, and often times it’s under less than optimum circumstances.

How awesome is it that, since 1875, we’ve been putting on a horse race that has, in many ways, shaped the city and led to so much business and development? How many relationships do you think have been formed over mint juleps and bourbon during Derby seasons that have gone on to become big business for our city? Derby is a time that we can show the world that we can handle all aspects of commerce and have fun doing it.

That’s something that I think really sets Louisville apart from other cities, from a business perspective. We, as a populous, seem to always have fun with what we’re doing. Overall, there’s a positive angle that we tend to run with. And boy, do we run with it. I don’t know about you, but I’m extra excited about Derby season this year. So much is happening and changing in our city for the better and we get to show so many people that come to visit what it’s like to be a Louisvillian.

Businesses, brands, and citizens: this is your time to shine, both physically and virtually. Louisville is already on the map, but we can make an even bigger place in the world by simply showing ourselves and what we do. Embrace the processes. Be polite. Be helpful. Post about your experiences, share your friends feeds. Check in at your local hotspots.

The way that social media and the real world will mix in the next two weeks is pretty massive. And the way that we locals use it can mean the difference between a visitor grabbing breakfast at a drive-thru or stopping at the Twig and Leaf or any one of our amazing eateries. Think about how you post and what you share and let’s go out of our way to help people see what Louisville is really about. #GoBabyGo